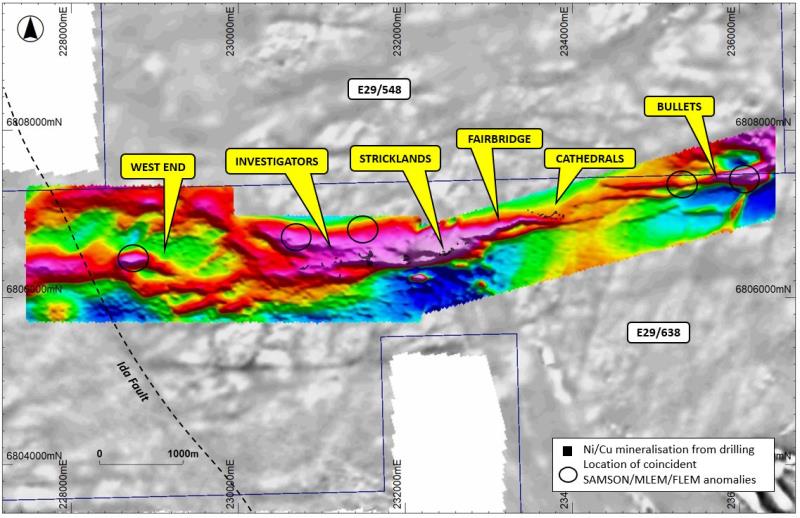 New geophysical surveys by Gap Geophysics have highlighted a number of conductive features within the Cathedrals Belt that are compelling targets for the extension of nickel-copper sulphide mineralisation including:

The recent SAM survey has identified a large conductive feature, with an interpreted strike in excess of 300 metres, at the intersection of the Ida Fault and the Cathedrals Belt. The Ida Fault is a deep, tectonic fault that is known to be associated with significant mineral deposits to the north and south of the Mt Alexander Project.
Read the full ASX announcement here.
St George Mining website.