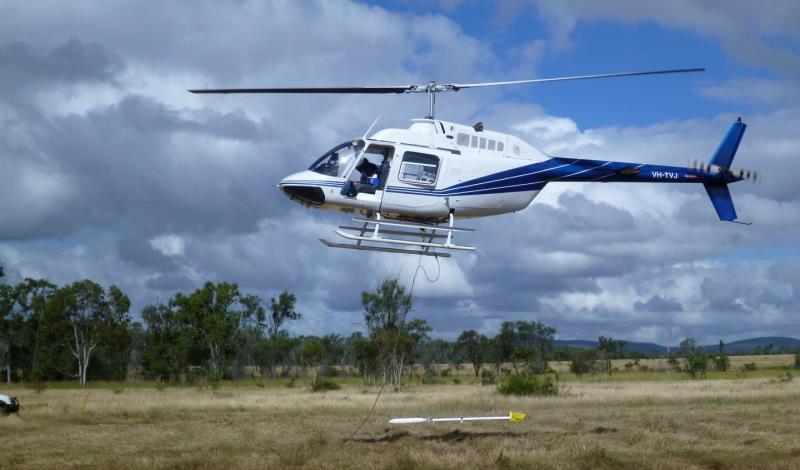 The dearth of major new mineral discoveries in Australia and the resource sector’s struggle with identifying potential commercial ore bodies at depth, could in part be eased if it adopted much larger scale EM (electromagnetic) surveys. Addressing the Paydirt 2018 Australian Nickel Conference in Perth today, Brisbane-based Gap Geophysics Australia’s Chief Geophysicist, Dr Malcolm Cattach, said the restriction in discovery rates could be blamed in part on the limited depth detection of EM surveys historically undertaken by the industry.

Cattach said that the depth penetration of airborne and conventional ground EM surveys has probably been limited to about 300 m due to the low power of the transmitters and the sensitivity of the receivers used. “Consequently, some of our greatest potential for future exploration is understood to exist between 300 m and 1,000 m depth but to penetrate these depths with emerging electromagnetic technologies requires surveys to be much larger scale and with much higher powered EM transmitters Cattach said.

“This is the only way a survey will have time to absorb the necessary volume of data able to deliver a detailed picture of not just how big an opportunity may exist at these depths, but even generate more detailed pictures of the shallow mining structures (surface to 300 m depth) that host much of Australia’s current mining inventory.”

He said most Australian near surface mineral resources had been discovered due to their relative ease of detection. “Future exploration and enhanced discovery rates will need to focus on targets at greater depth and/or under cover.

“Extensive deep drilling is prohibitively expensive so there will be greater reliance in the future on geophysics to provide more certain, high quality drill targets before less efficient drilling costs are incurred.

“If exploration companies are to achieve maximum benefit from their work, they need to make a conscious decision to initiate much larger footprint, regional scale electromagnetic surveys, so that key targets such as new nickel sulphide bodies can be detected, not just the ‘low hanging fruit’.

Cattach said much longer and more intense EM aerial surveys would help overcome the lack of surface expression generally for deposits beyond 300 m depth. “Deep orebodies need to be high grade or very large to be viable and that dictates surveys that are several times larger than current historic practices.

“These deep penetration electromagnetics are very challenging technically and logistically but the move to much longer survey lines is needed to allow the survey to fully characterise and recognise the EM response.”

Cattach said an optimal approach would be a hybrid approach using helicopter-borne acquisition and high powered ground loops – but the base requirement was now a more substantive larger aerial footprint that could ‘see’ at depth.